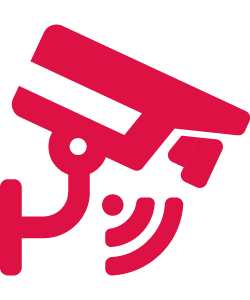 When you have a business, there are a lot of different things that you have to think about. For instance, you need to carefully consider what you need in your business, such as better company security. Oftentimes, it is crucial to think about how to maintain your business and how to identify challenges that come along with company security, which is why it pays to focus on the details. This blog will walk you through all things company security, to help you to figure out what to do to make your life better. Check out these blogs to find out more about maintaining a safe, secure environment.

What You Need To Know When Installing Security Cameras

When you put up security cameras, it's not as simple as hanging cameras on the wall. There are several things you should think about to make sure they work effectively and don't cause you other problems. Here's what you should know.

Depending on what state you're in, there may be laws that you have to post notices that you're recording. This could be as simple as a sign on your door that says that you're using video cameras. In some places, it may depend on whether the camera is obviously visible or whether it's more hidden. If you don't post a notice when you legally should, you could face fines or even criminal charges. However, in most cases, security cameras are better as a deterrent than as evidence, so you generally want people to know you have cameras anyway.

2. Audio Recording Can Be More Troublesome

There are tougher and more widespread laws when it comes to audio recordings. Some states require that you not just post a notice but obtain affirmative consent from every person that you record. Depending on the state you work in, the notice may or not be enough to create consent. Some states also won't require a notice as long as you're openly recording in a public area. Violations of these laws can also result in fines or criminal charges.

3. You Can't Have Cameras Where People Have an Expectation of Privacy

You can't place security cameras anywhere where people have a reasonable expectation of privacy. That includes places like bathrooms, changing rooms, or locker rooms. If you're a retailer worried about shoplifting, you need to take other measures to keep people from taking products into these areas without you knowing about it. Further, even if you post a notice that you're filming, the risk of a lawsuit is too high even if your camera placement isn't technically illegal.

4. You Need to Have a Policy for Deleting Footage

You should have a clear policy for when you should delete old footage. This might be after 30 days unless you have a reason for saving it. The reason is if something happens on camera that results in you getting sued, you can be accused of destroying evidence if you deleted that footage. Creating a policy that gives people a reasonable period of time to notify you to save the footage protects you from that accusation if you delete all of your old footage on schedule.